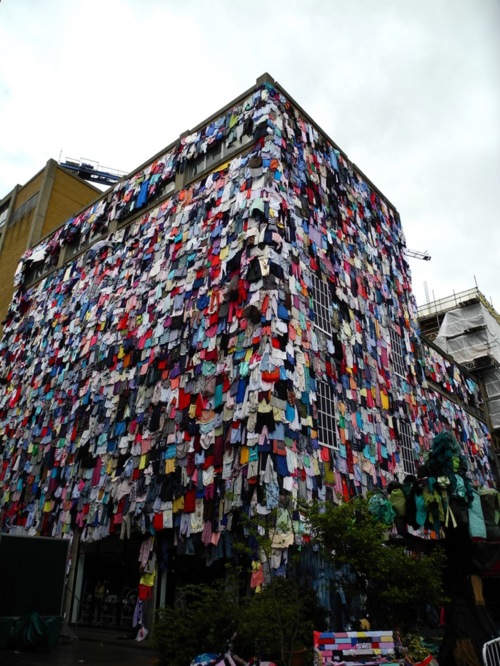 it is claimed that in the UK they throw away 10,000 articles of clothing every 5 minutes. so marks & spencer has launched the shwopping project, swapping while shopping, in an aid to recycle clothing. m&s have placed boxes in many of their stores so that customers can give in their old clothes which go off to help oxfam. to start off the campaign they covered a large building just of brick lane in london’s east end. via : nicholas noah 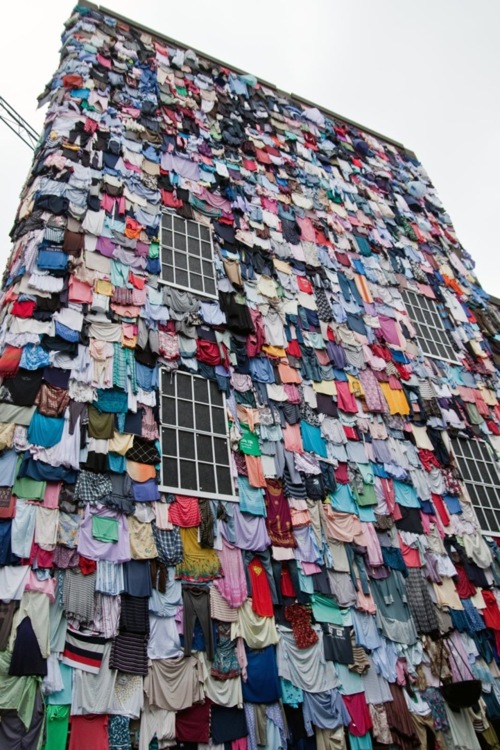 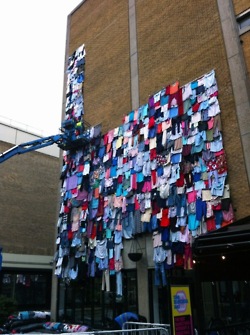 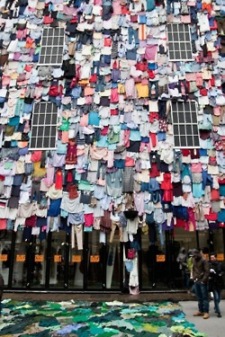