Handmade from solid european oak. With a black thermochromic finish. In response to heat the surface temporarily goes clear to reveal the timber beneath. Suitable for heavy duty indoor use. 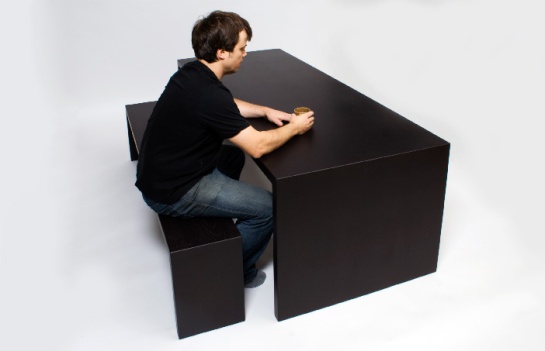 END_OF_DOCUMENT_TOKEN_TO_BE_REPLACED

art studio by A31 architects : via somewhere i would like to live

here are some incredible images of buildings designed by the great architect Louis Kahn, photographed by Naquib Hossain.

Interestingly enough the pictures on the website were shot using an old Minolta SLR and colour slide film, most of the black and white photographs were taken with Agfa Scala film. Obviously, I couldn’t present these exact photographs as they’re a lot smaller in size, but Naquib also has a nice selection on his Flickr page for us to peruse and I’m really chuffed to present them here on the site! The buildings are monumental to the least, the shapes and textures are just mind blowing. A true genius at work. In terms of photography I’m undecided which collection I like best, I think the film camera brings an interesting element to the whole Louis Kahn experience. It’s almost as if it adds an extra dimension and unveils new details and textures that you wouldn’t see otherwise. I guess it also takes you back to the original drawings and how it would of been imagined in his brain as a designer.

Although his works are big in stature and can often be brutalist on the eyes, Louis had a way of using abstract shapes that gave buildings depth and detail. An interesting concept that I’ve been drawn to lately is the idea of “bearing all the scars”, I saw this first through ceramic/pottery work and it made a good link through to architecture as well. Lo and behold, whilst watching a Louis Kahn documentary they talked about this exact same idea and how Louis used it in his own works. In my eyes this links back to various other concepts that I’ve personally surrounded myself with, embracing time and progression, celebrating cracks and natural marks, also the weathered look that appears due to time and use. Maybe this is a way of thinking rather than a design principle, but I think it affects the final piece in some way or another and you can see it throughout the builds here. It’s not often that I have my breathe taken away, but these builds are sure to do that, so why not have a look around on the Louis Kahn Visual Archive to see if anything takes your fancy in terms of inspiration. Enjoy! 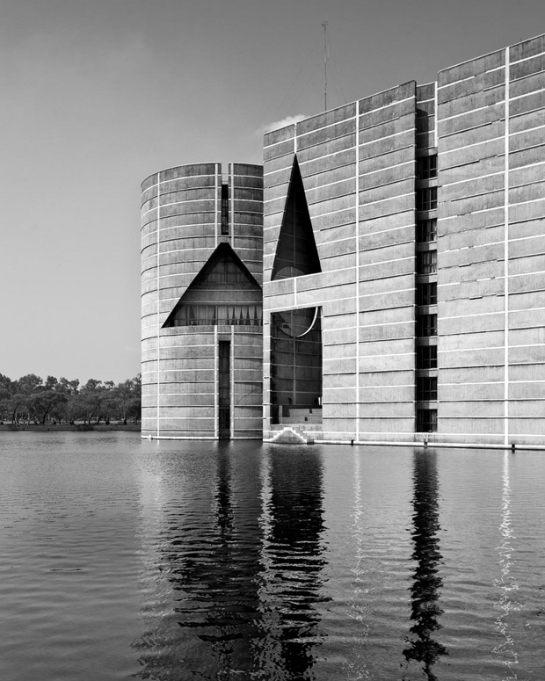 This holiday house with rammed earth walls by US architects DUST is nestled amongst the rocky outcrops and sprouting cacti of the Sonoran Desert in Arizona. “Great effort was invested to minimise the physical impact of the home in such a fragile environment, while at the same time attempting to create a place that would serve as a backdrop to life and strengthen the sacred connections to the awe-inspiring mystical landscape,” explains Hayes. The rooms of the house are separated into three zones, comprising a sleeping and bathing area, a central living room and a music studio. Residents have to leave the building to move between zones, intended to provide acoustic separation. END_OF_DOCUMENT_TOKEN_TO_BE_REPLACED 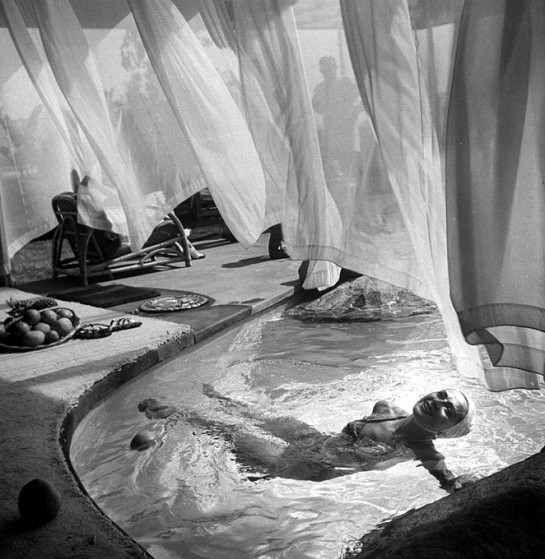 Designed by Palm Springs architect Albert Frey, built in 1946-47 as a bachelor retreat, and expanded later when Loewy got married… the house has been restored by metalware manufacturer Jim Gaudineer who said of the design, “When you slide open the glass walls, it’s almost like living outdoors.” With the lights off and the pool, alone, illuminated by a powerful submerged lamp, “the scene resembles a blue lagoon in a desert oasis, ” Loewy once wrote. Loewy’s home is a typical Palm Springs modernist villa with a low-slung pavilion and plenty of glass providing striking views of desert, mountains, and the pool and garden… making the private oasis complete. Loewy despised “bad modern” design, especially furniture, so the size, shape, and rooms of the home and furnishings were kept simple and spare. It is a demure house of small size but generous impact. The “Philippe Starck” of his day, Raymound Loewy — a frenchman turned American — was the go-to man for designing everything from the famous Coca-Cola Bottle, Air Force One’s paint scheme, Shell Oil’s logo and gas stations to locomotives and pencil sharpeners, as well as great automobile bodies such as the Studebaker Avanti.  text and photos via faustian urge END_OF_DOCUMENT_TOKEN_TO_BE_REPLACED